In Sydney, where I am a resident of, the NSW Department of Education (DoE) has begun proposals of “vertical schools” due to a growing issue of space. This is rather strange as, at least here, vertical schools are a completely unheard of (as most schools are no more than 2 stories tall).

I was wondering what y’all think of this.

The example I’ve got here is the proposed Sydney Olympic Park High School, which, oddly enough isn’t even being constructed in Sydney Olympic Park (suburb) but rather in Wentworth Point (WWP) on its waterfront. It is going to be a 6-story building as shown in the diagram below.

Diagram from NSW School Infrastructure of proposed layout of the school. 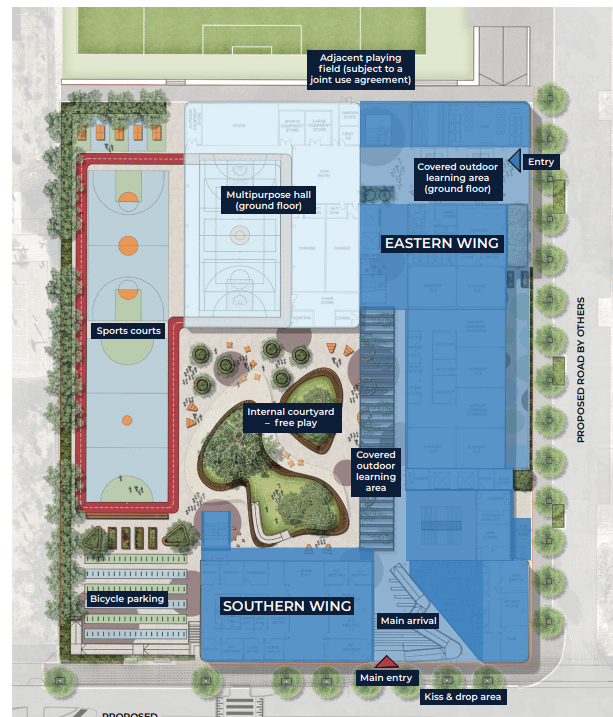 Another diagram, of the flat proposed layout of the school from NSW Infrastructure.

The school is intended to have a capacity of about 1,500 with its target demographics being the populace of the suburbs Wentworth Point, Olympic Park and Concord West, which is extremely necessary because at the moment these suburbs + at least another 13 suburbs are being serviced by just one co-ed high school (Concord High School).

Basically, what I just said, but in the words of NSW School Infrastructure.

There’s a catch (at least, apparently).

As mentioned, the school’s designated site is in Wentworth Point … and this has spurred a lot of backlash from pretty much most submissions I’ve seen to the NSW DoE about it. For context: WWP is a small suburb, in fact it’s just 0.6 km2 (0.2 mi2), and it is a densely packed suburb as is.

It is composed entirely of medium to high-rise buildings, except for the industrial, with roads that are thin and with limited surface parking. This is because it is a pedestrian and transport-orientated suburb. And this has caused some alarm in some submissions I’ve read, like one saying “there’s no parking that teachers could use” then “how will students even get into the school?”. This might be an overreaction from car users. There’s also concerns about the public transportation for students, how it’s not reliable or frequent enough (this is pretty true tbf), but it’s important to note that every public school like will receive funding to have their own school buses separate from the public network.

Below is a diagram, made by yours truly, showing the local area of the proposed school and its surroundings. Then there’s an image of the road which the school is being constructed, for an idea of what the area is like. 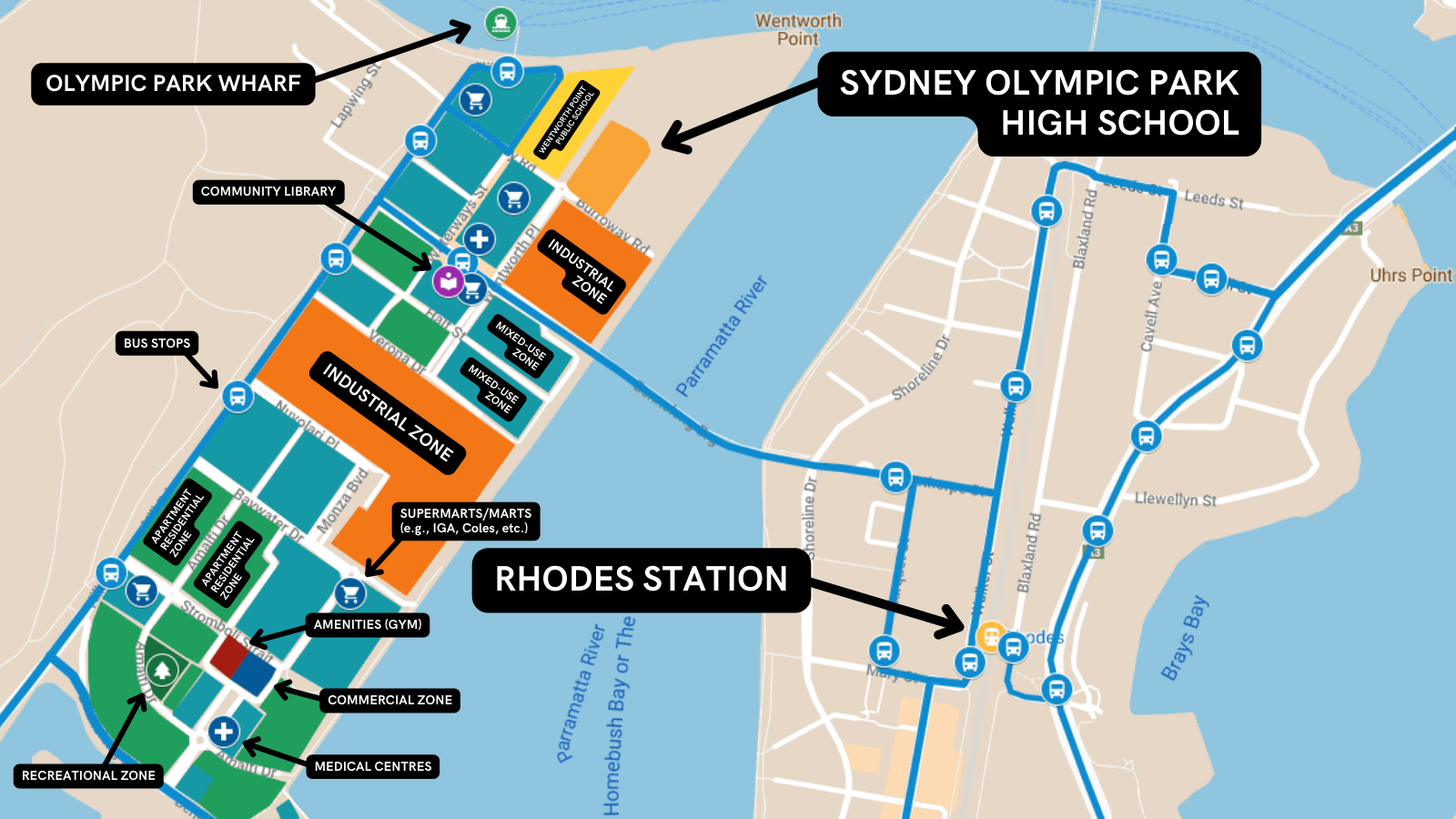 A map, made by me via Canva and Google My Maps, showing parts of the local layout.

The street which the school is being built upon; the construction site can be seen on the left.

What do you think?

Discuss in the replies. :]

Cities After… podcast recent episode is a BRUTAL critique of zoning. 100% recommended : urbanplanning

Would the study mentioned actually yield significant saving if adopted by more cities?